Today I'm going to talk about "Encourage words". Let's consider this situation: If one of your friends experienced the following events in a week, such as ran out of money in the early month, broken up with her boyfriend, meanwhile she failed the final exam and lost her phone. Now she is immersing herself into sadness and talking those experience to you. What would you say? I did a lot of homework on google and list the most common words people usually say: such as "Everything would be OK", "Don't be sad", "Relax, life is always beautiful", "Well, god is testing you", or in a more romantic way: "However bad life may seem, there is always something you can do and succeed at. Where there's life, there's hope", by the way this is said by Stephen Hawking. And there are so on. I called those words "Encourage words". And I found that people is more likely to use those words first when facing a sad people. So I summarized a common assumption: "Encourage words are good at dealing with sad people."

However, I don't think so. Saying what is doing best in comforting sadness, It's not encourage words, but your sincere and comprehension.

From another perspective, in a professional way, we have a concept called "Empathy". In Wikipedia's words, "Empathy is the capacity to understand or feel what another person is experiencing from within their frame of reference, that is, the capacity to place oneself in another's position." In my words, Empathy is involving your sincere and comprehension to work out what you should say and what you should do. For example someone failed the exam, you shouldn't say "People learn little from success, but much from failure. Take more effort next time", that's doesn't work. You should help him find out the reason. Maybe he does not work hard enough, but you shouldn't just say "More efforts next time", you may help him draw up a effective plan to help him go over the book, or do something useful.

So you probably think , well, I used "Encourage words" in my life sometimes, and it works well. That's right, it works sometime and your friends take it. But in my opinion, Encourage words act like chicken soup, it taste delicious but never make you full. Encourage words just give a response showing you reply someone's sadness, but you can make it better by involving your sincere and comprehension to show that you take care of his sadness. And this, would make our world better.

That's all. Thank you! 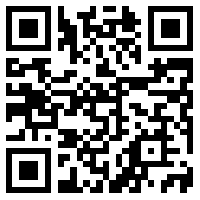